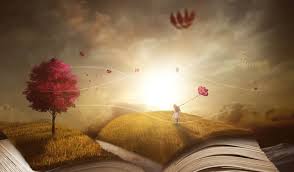 One of the most renowned British philosophers of his time, Bertrand Russell writes articulately about the perception of science and ethics in context of its subjectivity and objectivity.  He explains how ethics can be classified into moral conducts and conscience; with moral conducts being extremely important for people with primitive beliefs. The importance of moral conduct is further explained with some epitomes that could clear some of the dust gathered up in one’s mind about the subjectivity of moral conduct.

Further talking about conscience, Mr. Russell changed many of my views regarding it. He weighs on people’s belief that God reveals to every individual’s heart about what is good and bad. He also points out two difficulties with conscience; that every individual had different conscience and the other being the research about the unconscious being the simple causes of feelings.

In the next paragraph, he talks about the diversity in deliverances of conscience with examples of King George III, communists and capitalists and he firmly believes that this diversity is expected when the origin of these deliverances is understood. He believes that we do not attach our association in different acts with its relevance to approval or disapproval but we do it with its relevance to our pleasure and discomfort. I couldn’t agree more with this.

Quoting a wonderful line from the chapter: ” The Good once defined, the rest of ethics follow.” You come to think of it and everything that you know about this mysterious world, follows the above quoted line’s trail. But when we come to define what’s good, we fail. A debate can only be won on the basis of emotions and not on facts. Consumption of alcohol or non vegetarian food can be good for one and bad for another.

Mr. Russell believes that ethics is closely related to politics as in politics a group bears an individual with their desires or an individual to cause his desires to become others’. A group will vote for an individual only if the individual assures them to fulfil their desires but a thief cannot persuade people that he is going to do good for them. Whereas the plutocrats do the same thing with a white collar and succeed.

Mr. Russell explains the universal importance of our desires forming an analogy between a legislator and a preacher. He assumes that the legislator perceives few things as good even if it is not good for the common people. But the laws will still be made by his perception. And then many from the few would become obsequious and serve the legislator even if it’s wicked for the few and subjectively wrong. 1984 is a great example to understand this concept. In the same sense the preacher cannot handle the laws but he can influence people with emotions and hence it can be proved that desires cannot be judged at facts and an objective stance but it is perceived by everyone with a subjective stance.

He believes that one’s ethics can only be altered by influencing his desires and not by influencing his knowledge towards the perception of good. Concluding the chapter Mr. Russell writes that science cannot define the values or desires because it lies outside the realm of truth and falsehood.

Avinash Somjani is a contributor at utobo. He caught fire writing. A fearless curious cat with a flamboyant pen, he is currently pursuing his MBA(Marketing) at SIBM Bengaluru. He is passionate about sports, science fiction, history and the ever changing colour of his pen. E-mail : avisomjani901@gmail.com Find him on fiverr for freelance content writing https://www.fiverr.com/s2/c55d6e53b9?utm_source=CopyLink_Mobile